Jae (aka Jessica; Teacakes) is a 32-year-old Caucasian USSBBW who lives in Bowling Green, Ohio, United States. She was formerly a model for BigCuties.

She joined BigCuties in 2007 at 19, weighing 385 pounds. For about a year, they went on hiatus, but then returned in 2009 at 21 and just over 400 pounds. At one point, she appeared on The Tyra Show alongside Donna Simpson.

She also has her own unofficial subreddit.

In 2020, Jae came out as non-binary, identifying her pronouns as she/they. 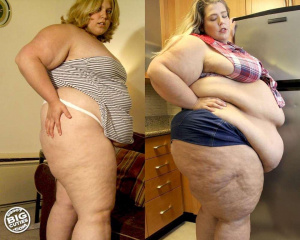